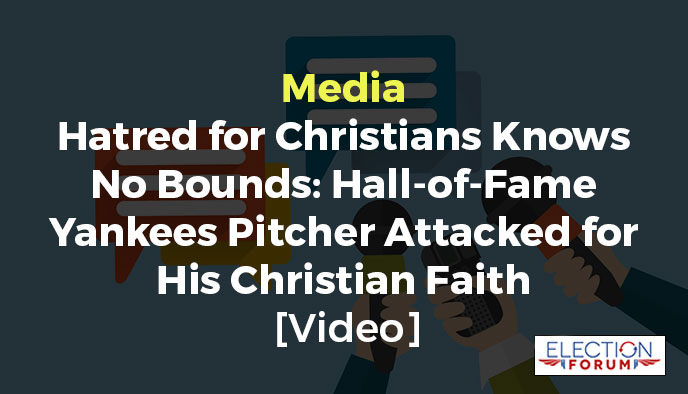 If you are not a New York Yankees fan – or a fan of whatever team is playing against the Yankees – you may not have ever heard of Mariano Rivera.

He is arguably the most successful “closer” – the designation of the relief pitcher who pitches the last inning of a game – in baseball history.

He was born in Panama in 1969 … and became a naturalized U.S. citizen in 2015 – 2 years after he retired from major league baseball.

On the day Rivera was unanimously inducted into the Hall of Fame, a freelance journalist from New York published an op-ed in the Daily Beast that was highly critical of Rivera’s political and Christian beliefs.

The writer said Rivera “has taken part in thinly veiled propaganda on behalf of a far-right government in Israel, and gotten chummy with outright bigots and apocalyptic loons.”

He was also criticized for supporting President Trump.

Hear his response in his interview with Fox & Friends after his induction into the Hall of Fame in Cooperstown, Ohio (7 ½ minutes).