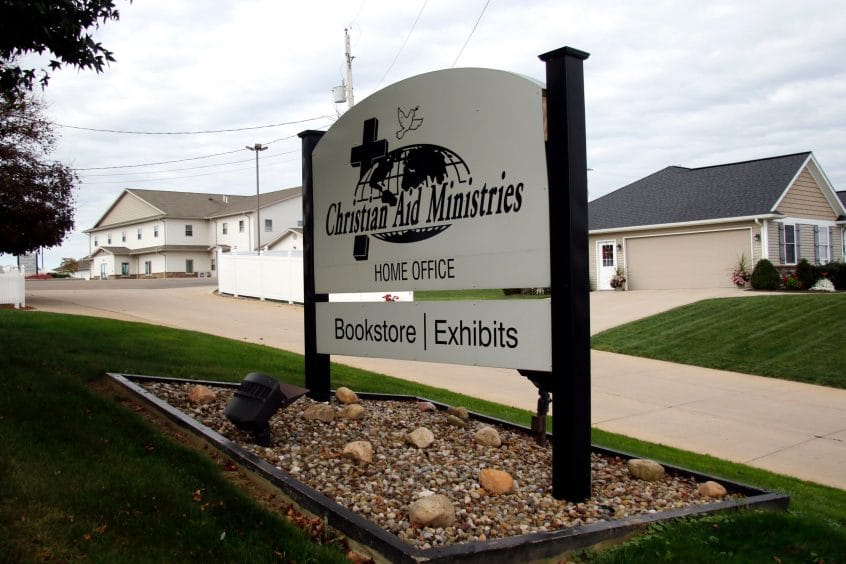 It’s disturbing enough that 17 missionaries in Haiti have just been kidnapped and lives have been threatened with death.

But the biased media has distorted the story. Here are 7 things you should know.

Reality #1: What really happened in Haiti.

17 Christians were just kidnapped in Haiti.

They were in a bus on the way to the airport after one last visit to an orphanage outside the capital Port-au-Prince.

16 were Americans, one was Canadian.

As the bus was headed to the airport, the road was blocked and set on fire.

One passenger was able to send out this message on WhatsApp:

“Please pray for us! We are being held hostage, they kidnapped our driver. Pray pray pray. We don’t know where they are taking us.”

This was an intentional attack on these missionaries.

Reality #3: The kidnappers are known and demanding $1 million for each person – $17 million!

The group is known for taking hostages for ransom.

They are the same group that kidnapped 5 Catholic priests and two nuns earlier this year.

Two weeks before, American Pastor Jean Pierre Ferrer Michel was abducted from his church along with two others.

Heavily-armed individuals dressed in different uniforms of the police captured them and have since paid a ransom. The group released one woman captive. The two families of the other captives paid a ransom but the group said it wasn’t enough and did not release them. It’s been silent since.

On September 26, Sylner Lafaille and his wife Marie were attacked at the First Baptist Church of Port-au-Prince.

Sylner fought back and was shot and killed – and other church members were injured.

A few months before, a live-streamed broadcast on Facebook and YouTube broadcast the kidnapping of the Pastor and 3 members of the Seventh-Day Adventist Gospel Church. Three days later they were released – a ransom amount was not disclosed.

They are feared for their brutal killings and extortion. In this case, they are asking for $1 million for each person – issued in American dollars.

Reality #4: Haiti is not safe.

Most churches I speak at and visit have missionary trips to Haiti.

Most are unaware of the dangers.

An earthquake in August killed more than 2,200 people, injured many, destroyed businesses and left thousands homeless.

Then the assassination of its President led to the almost complete collapse of any law and order.

So far in 2021, 360 people have been publicly kidnapped for ransom including doctors and police.

Christian missionaries are many times targets.

In the last five years, safety has greatly gone down.

In 2019, an armed mob attacked a missions group:

Jeff Lee, who was in the group, said “Came around a corner and all of the sudden the road’s blocked off, there’s burning tires, there’s debris, there are 100 to 120 people there heavily armed with guns, and as we approached they started firing these guns up into the air, and I’ll be perfectly truthful, I thought at that moment, ‘We’re gonna die.’”

Another member of the group, Drew Pasler said, “The window blew out behind my head and a couple of seconds later I hear (Dr. Doug Burbella) yell, ‘I’m dying, I’m it.’”

Burbella, seriously wounded in that attack, nearly died – doctors called it a miracle he survived.

Reality #5: Christian Aid Ministry is a generous group helping the spiritual and physical needs of the Haitians.

The kidnapped missionaries were part of the Christian Aid Ministry. It’s one of the hundreds of groups giving much-needed aid – both spiritual and physical to the Haitians in crisis.

This group just kidnapped were being obedient to the Lord helping people in great need.

They are Amish, Mennonites, and Anabaptists from Michigan, Ohio, Wisconsin, Oregon, Tennessee, Pennsylvania and the Canadian from Ontario.

“I swear by thunder that if I don’t get what I’m asking for, I will prefer to kill the Americans. I will put a bullet in the heads of each of them.”

Reality #6: The media gets it wrong – Christians have reached out and helped the people in multiple ways.

Some of the media has described those kidnapped as imposing Christianity on the people or as being basically secular non-profit aid workers.

The Washington Post didn’t mention they were Christians until paragraph five in their article.

Since the earthquake, they have been helping build new houses.

It also helps the farmers to grow food.

It’s one of the best-funded organizations helping Haiti.

Reality #7: God calls His people to be obedient – not safe.

In life, risk is everywhere.

But safety is only one calculation in assessing safety and risk.

I praise God for those going to Haiti – like other nations – that aren’t safe.

If God has called you, you should go.

There are “safety” issues here in the U.S. more so in other countries. Some are very unsafe.

Scripture is filled with those obedient but risking their lives and freedom.

We must pray for those kidnapped. For their safety and deliverance.

We must pray for the kidnappers.

We must pray for the protection of the Haitian church and missionaries.

We must pray that Christians and churches continue to reach out to Haiti with the love of Christ and this won’t hurt the physical and spiritual help the Haitians desperately need.

“For He shall give His angels charge over you, to keep you in all your ways (Psalm 91:11). Pray that our workers could respond to hatred with Jesus’ love, overcome the spirit of fear with faith, and face violence with a genuine desire to bless their oppressors.”

Click HERE to watch this short video clip – about 2 1/2 minutes.

5 Comments on “17 Christians Kidnapped – Including Children: 7 Realities the Media Isn’t Telling You”