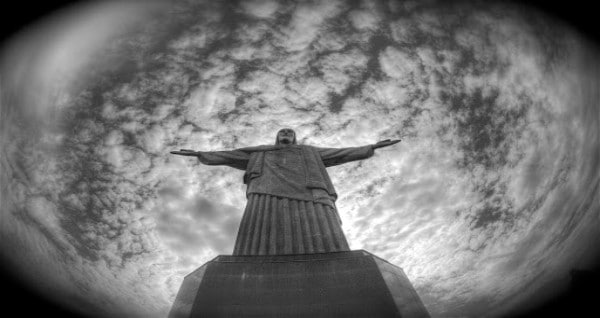 Christian statues are being destroyed. Churches are being torched. Now there are calls for direct attacks on Christians. A former pastor (2008 – 2011) has received worldwide notoriety for wanting to destroy all paintings, statutes, and stained-glass windows of a “white” Jesus Christ. Shawn King has 1.1. million Twitter followers and has been a controversial black militant activist. King said, … END_OF_DOCUMENT_TOKEN_TO_BE_REPLACED 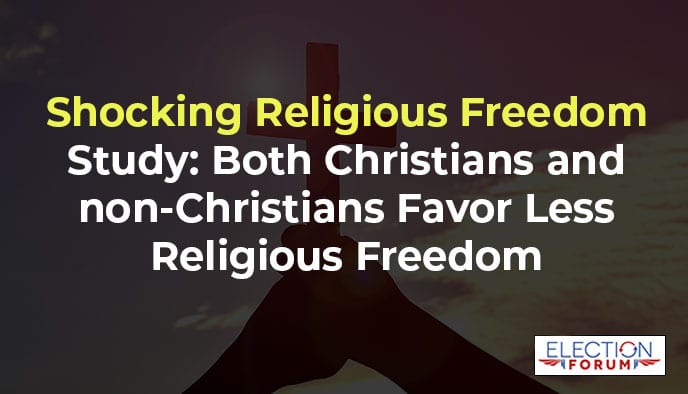 Religious freedom is fundamental to America… It’s fundamental to a free society. It’s why the Pilgrims and Puritans came to America 400 years ago. It’s enshrined and guaranteed in the First Amendment of the Bill of Rights of our Constitution – the Supreme law of the land. And yet our First Amendment rights are under attack today as never before … END_OF_DOCUMENT_TOKEN_TO_BE_REPLACED 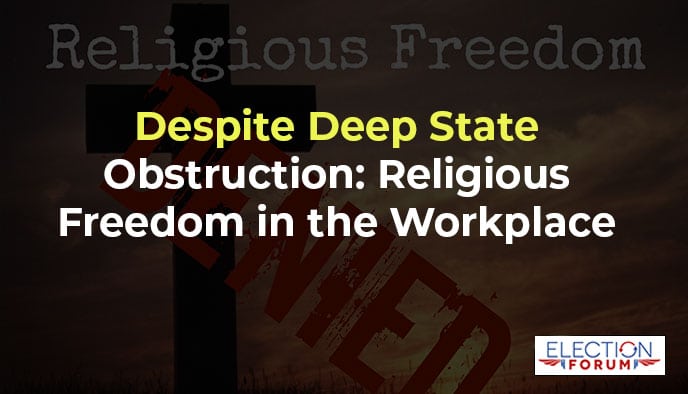 The Deep State has been resisting allowing religious freedom in the workplace. You may recall that President Trump issued an executive order called “Promoting Free Speech and Religious Liberty” in May 2017 – just 4 months after his inauguration. We wrote about this here. For nearly 2 years, Deep State bureaucrats in the Department of Health and Human Services (HHS) … END_OF_DOCUMENT_TOKEN_TO_BE_REPLACED 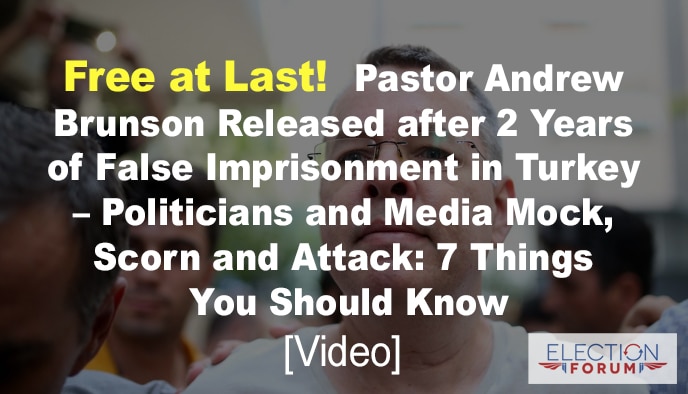 Praise God! A great victory for justice and religious freedom has occurred…   It was a traumatic experience … many months of solitary confinement followed by many more months of being in an overcrowded cell with 20 other inmates.   Pastor Brunson faced a possible 35-year prison sentence. He endured the mental and emotional anguish of being separated from his … END_OF_DOCUMENT_TOKEN_TO_BE_REPLACED 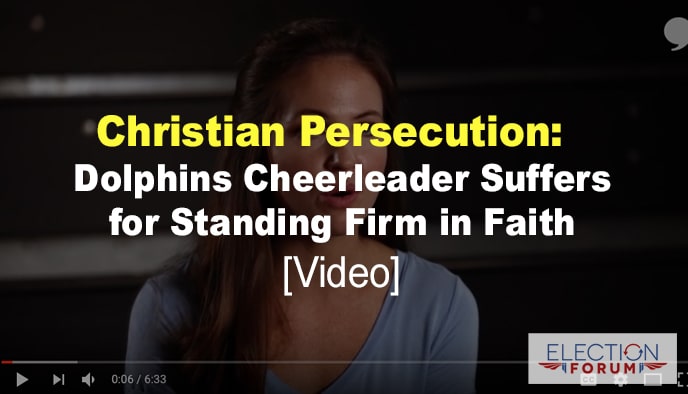 A former cheerleader for the Miami Dolphins suffered religious persecution and discrimination from her teammates and from her team’s cheerleader director after she admitted she was a Christian and a virgin.   That she suffered persecution for her faith isn’t surprising in light of the promise contained in 2 Timothy 3:12, “Indeed, all who desire to live godly in Christ … END_OF_DOCUMENT_TOKEN_TO_BE_REPLACED 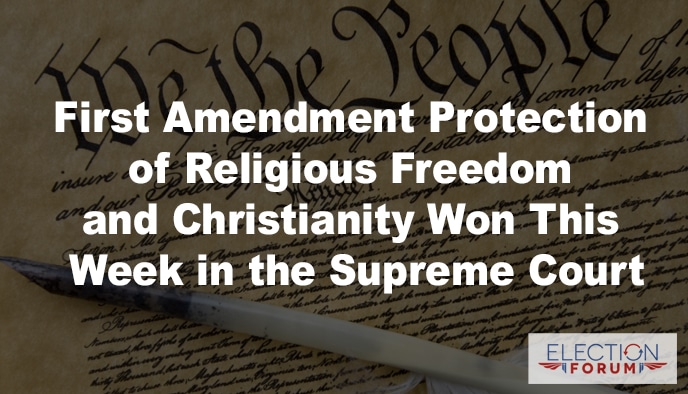 We can rejoice because the Supreme Court handed us a partial First Amendment victory. While it’s not as complete as we want, it was still a victory. You see businesses owned by Christians across America have been persecuted … demeaned because of their faith … fined … threatened with jail … and threatened with the closure of their businesses. Why? … END_OF_DOCUMENT_TOKEN_TO_BE_REPLACED 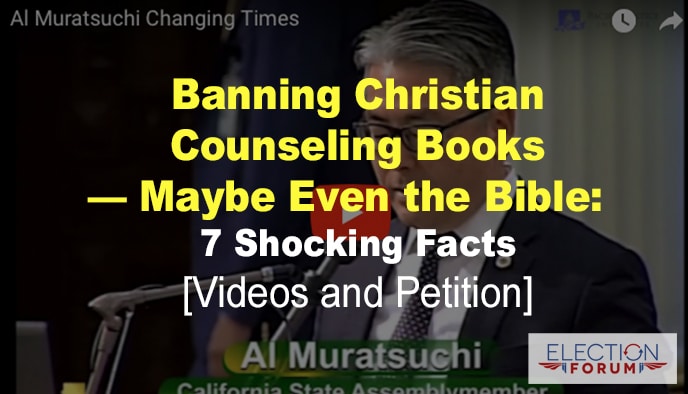 The progressives across the U.S. are supporting a shocking bill about to be passed in California… I need your help to defeat it – whether you’re a California or a non-California subscriber. Its focus is stopping Christians from “fraudulently” talking about same-sex attraction and gender confusion. The bill in California is AB 2943. If it passes in California, other states … END_OF_DOCUMENT_TOKEN_TO_BE_REPLACED