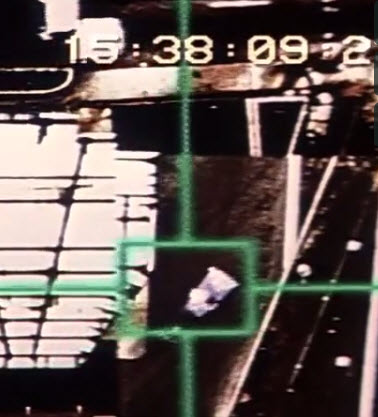 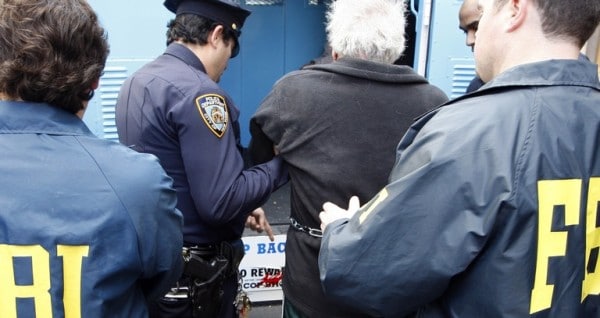 For over 10 years we’ve fought for abolishing the Foreign Intelligence Surveillance Act … and the secret FISA court. Why? Because the FBI has been unable to resist the temptation to abuse it. As you know, in 2017 and 2018 the biased and politicized FBI leadership used the power of surveillance to investigate the presidential campaign of Donald Trump. They … END_OF_DOCUMENT_TOKEN_TO_BE_REPLACED 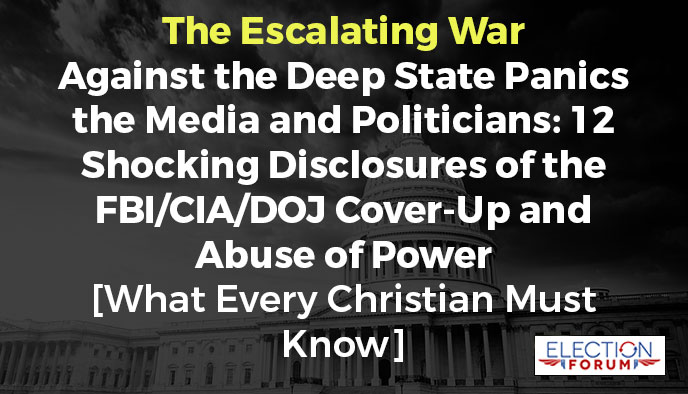 The Washington Swamp is in a panic as it fights violently against itself… The biased media is shouting that the Attorney General and investigating U.S. Attorney are lying… The politicians are spinning lies to refute the corruption and abuses of power by the top Obama-appointed leadership of the intelligence agencies and Department of Justice (DOJ). Here are 12 shocking and … END_OF_DOCUMENT_TOKEN_TO_BE_REPLACED 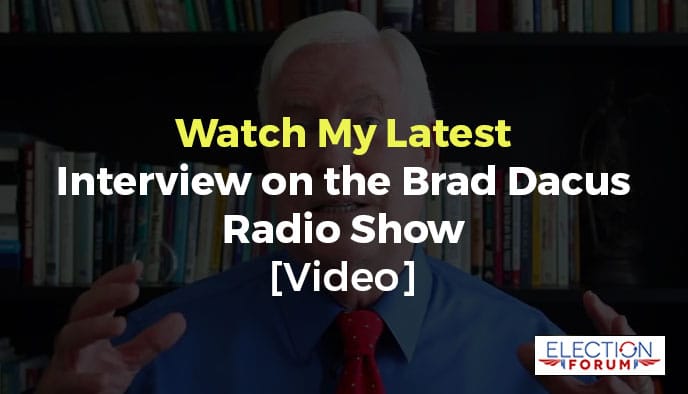 I recently did an interview on the Deep State’s war against Christianity with Brad Dacus on his radio program, The Dacus Report. I talked about bureaucratic government attacks against faith-based adoption agencies … and against Christian businesses. Click here to watch the video. It’s the first 14 minutes of the 26-minute radio show. What do you think? Email me at … END_OF_DOCUMENT_TOKEN_TO_BE_REPLACED 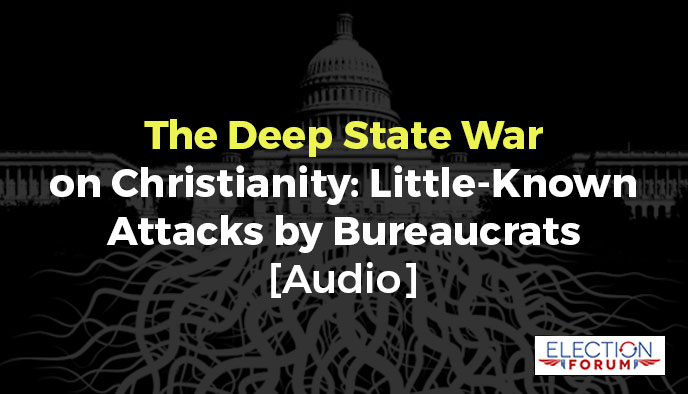 The Deep State is a loosely organized coalition of both elected and unelected local, state and federal government – and even non-government – career employees who are politically motivated and ideologically driven to: Expand the scope and reach of government authority Increase the number of government regulations Preserve and Increase government power Grow the size of the bureaucratic/administrative state The … END_OF_DOCUMENT_TOKEN_TO_BE_REPLACED 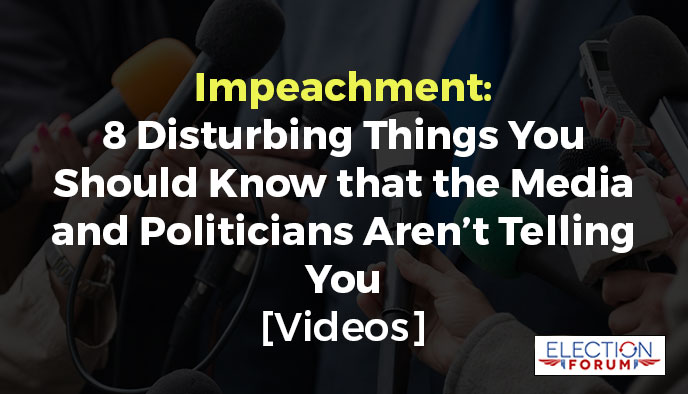 Let me tell you 7 disturbing things you need to know about impeachment… This isn’t a Republican, Democrat or Independent Party issue. This is about truth, justice … and our Constitutional Republic. The biased media and the pro-socialist politicians seem to think American voters have extremely short memories… They’re trying to tell you that impeaching President Trump only became necessary … END_OF_DOCUMENT_TOKEN_TO_BE_REPLACED