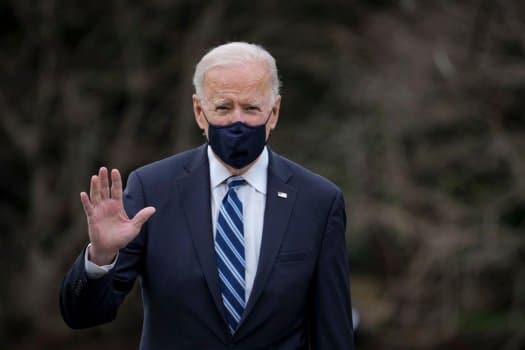 President Biden’s politicized and ideological bureaucracy is creating Orwellian databases of Christians and people of faith.

This has never been done before in the history of America.

It should not be done now.

Here are six shocking things you should know:

#1. Ideologically-driven bureaucrats are out of control – the Christian database building.

At this point we know of 25 federal agencies working now or that are in the process of creating a database of those federal employees, contractors and vendors who have asked for a religious exemption to receiving a COVID-19 vaccination.

Bureaucracies under Biden are ideologically-driven and have been at war with Christians on a variety of different fronts and policy issues.

But now they are taking the war to a whole new level that is very similar to what occurs in countries like communist China.

The federal agencies in the process of Christian database collection include:

None of these agencies can legitimately use this type of database other than for a terrible and unconstitutional assault on Christians in their war on Christianity and people of faith.

Probably more bureaucracies are doing this, but this has been an under-the-radar expose.

The federal government has over 4 million civilian and military employees. It’s unknown how many have applied for religious exemptions.

#2. The collection of the database is extensive.

For example, the Pretrial Services Agency (PSA) will process the religious exemptions and:

For the PSA, not only is the database created for PSA use, it has the authority to “disseminate” employee religious exemptions to any other agency.

In other words, a total violation of the privacy of the individual.

On the surface, it is obviously a chilling infringement on the free expression of faith.

But it is more than that:

In other words, once identified, then a search for any excuse for termination could begin.

We see this with the U.S. military purge of Christians – those in the military who have asked for a religious exemption – are told they will be dishonorably discharged.

Or, they will not be able to get promotions or advancements.

They will not be able to be deployed…or a variety of other punishments will take place that are wrong and unethical.

The bottom line is this database calendar discriminates against people of faith and is obviously hostile towards religious freedom.

#4. The database is broad and intrusive.

The database records collected may include an employee’s religious affiliation, date of birth, job title, home address, age, where they work, copies of their religious exemption requests, and any notes related to them.

The new database is made to go beyond COVID – to last forever in the bureaucracy.

#5. In looking at the PSA religious exemption request examination can be used for anything imaginable – whether it be for health emergencies, natural disasters, national religious emergencies – whatever the reason may be.

The data collected is extensive and unnecessary.

This abuse of power by politically-motivated bureaucrats must end.

It’s time to stop this threat to people of faith and our religious freedom.

This type of intrusion into the private lives of an individual and their own personal beliefs is a violation of First Amendment rights.

It should have no place in the federal government.

Congress must immediately move to stop this.

The courts must intervene immediately to stop this unconstitutional bureaucratic violation of religious freedom.

9 Comments on “Biden Bureaucracy at War with Christianity: Creating a Database of Christians – 6 Shocking Things You Should Know”