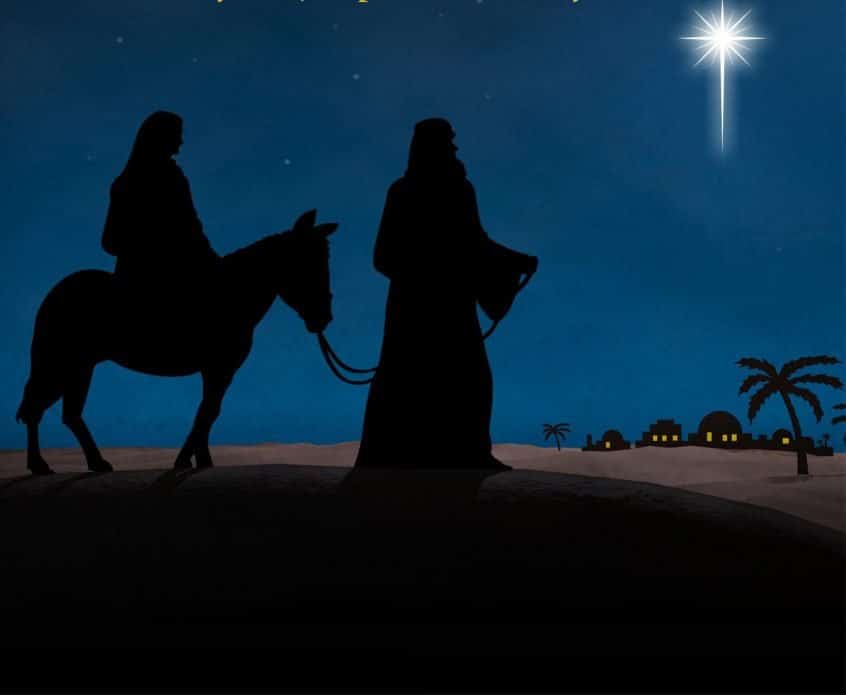 You’ve even seen paintings of Mary and Joseph in a stable or cave … with cattle and other animals looking on … and baby Jesus laying in a wooden feeding trough filled with hay.

Here are 6 little-known facts about the birth of Jesus you’ve probably never heard before.

1. Mary didn’t give birth inside the Davidic family living quarters in Bethlehem because she was ceremonially unclean.[1]

As a descendent of David, Joseph would have returned to the family home in Bethlehem, and he and Mary would have stayed in the kataluma – or guest room.

But according to the Torah, if a woman had an issue of blood for any reason, she was ceremonially unclean during that time and for an additional 7 days.

While she was ceremonially unclean, she had to live separately from the rest of the family so as not to defile the people in the household. During childbirth the same rule applied. If a woman were to give birth in the common living area, she would defile the family and make it necessary for all of them to be ceremonially purified; therefore, women would leave the home and give birth elsewhere.

Thus, for Luke the historian to say that “there was no place for them in the guest room (kataluma)” would have been considered totally appropriate by the first century readers of his gospel.

2. The manger in which Jesus was placed after his birth wasn’t “a” manger; it was “the” manger outside of Bethlehem.

In the Greek New Testament, the definite article “the” is used in Luke 2:7, 2:12, and 2:16. It is mistranslated as the indefinite article in our English Bibles. Why is this important?

Because at the time of the birth of Jesus, the area around the village of Bethlehem was the place where the lambs were birthed and raised to be sacrificed in Jerusalem as part of the ritual temple worship.

3. To ensure that male lambs were born “without spot or blemish,” Levitical priests would be sent from Jerusalem to Bethlehem during the birthing season to watch over the birthing process.[2]

How did they do this?

4. They built a two-story stone tower called Migdal-Eder – “tower of the flock” so they could observe a flock of sheep from a high position.

When sheep were about to give birth, they were brought into the base of the tower – which was a ceremonially clean birthing area.

Micah 5:2 is the well-known Old Testament verse prophesying that the Jewish Messiah would be born in Bethlehem. But Micah 4:8 is also an important Messianic prophecy that is usually overlooked:

5. The “strips of cloths” or “swaddling clothes” were pieces of old priestly undergarments.[3]

If a male lamb appeared to be born without any defects, the priests would protect it from thrashing around and injuring itself after birth by wrapping it in “swaddling clothes.”

The newborn lambs would remain constrained by the priestly undergarments until they could be inspected for blemishes that would disqualify them from being used in temple worship.

So, when the angels announced, “And this will be a sign for you: you will find a baby wrapped in cloths [priestly undergarments], and lying in the manger,” they knew exactly where to go…

6. The feeding troughs of that day weren’t made of wood. They would have rotted over time from moisture.

Instead, they were carved out of a large stone.

Two newborn male lambs wrapped in strips of old priestly undergarments would be placed in the manger at the same time. If one of them turned out to be blemished in some way, the second lamb would serve as a backup.

2 Comments on “The “Rest of the Story” of the First Christmas: 6 Little-Known Facts about the Birth of Jesus You’ve Probably Never Heard Before”