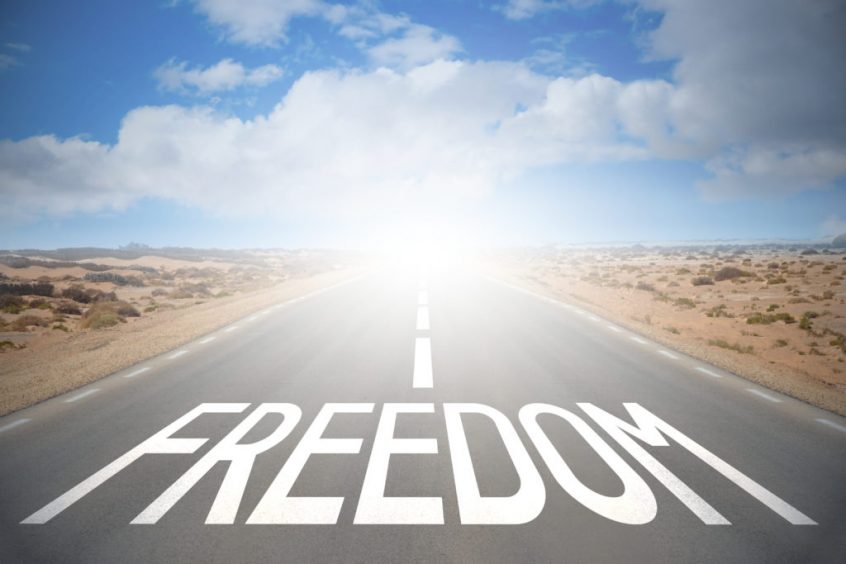 That’s the delusional and poisonous path unfolding before your very eyes.

In 2 Thessalonians, the Bible talks about people falling under a delusion in the last days.

“For this reason God will send upon them a deluding influence so that they will believe what is false…” (2 Thessalonians 2:11)

That delusion is falsehood. It’s contrary to truth.

The pro-socialist, anti-Christian politicians and bureaucrats are strategic … and deceptive.

They recognize that incremental increases in governmental control over your life is an opportunity because it is unlikely that the rules, regulations, taxes and control will vanish.

Those opposed to freedom, capitalism and religious liberty understand this.

Michael Moore, the pro-socialist filmmaker and president of moveon.org articulates that when people first heard about Obamacare, they were opposed to it.

But once it was signed into law, people weren’t able to see how it actually worked. The negative and destructive aspects weren’t visible.

They weren’t able to see how it consolidated power and put doctors out of business.

They weren’t able to see the lowering of the quality of medical care.

They couldn’t see how new medical innovations and new medical practices would be stifled.

They couldn’t see how people would lose their own private insurance.

They couldn’t see the massive taxes taken from some – with their negative consequences – and given to others in a socialist redistribution scheme.

And they couldn’t see how they had lost their freedom of choice.

Moore says the same thing will happen with the Green New Deal, with gun control and other policies. Once the pro-socialist ideologues are able to pass a new program or a new tax scheme, people will accept it. It will not be repealed. It will transform society forever.

This is very strategic … and it’s very true.

I’ll give you another example…

If the Democrat socialists increase the minimum wage to $15 an hour, people won’t notice. But:

And it would never be repealed.

It’s like the frog in the pan illustration. Toss a frog in boiling water and it will jump out.

But if a frog is put in a pan of water and the water temperature is increased slowly enough, the frog will boil to death because it didn’t notice how hot the water was getting.

The lockdowns, for example, conditioned people to accept no church – no home Bible studies, no worship, no group fellowship, no church ministries.

It’s destructive of religious freedom. It’s unconstitutional and contrary to the gospel outreach commanded in Scripture.

But it’s accepted because the Democrats, the politicians, the media and the so-called public health “experts” say this is the only way to reduce the number of new COVID “cases.”

There are only a few problems with what we are being told:

1. There is no science and no data that proves lockdowns and church and business closures result in fewer people catching the virus.

2. Every positive COVID test is called a new “case” even if the same person is being tested every day and is testing positive until they recover.

2 Comments on “Strategic Delusion: The Slow Path to Destroying Freedom”