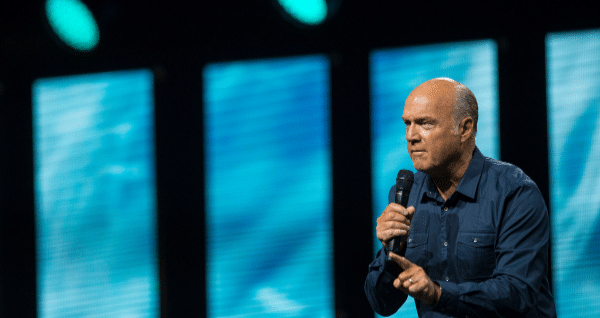 Here’s what he said that every Christian should hear.

“At a time like this, we need to pray for those that have it and avoid politicizing it. If our President and First Lady can get COVID-19, clearly anyone can. I chose to first tell those I was directly in touch with and the congregation I pastor. Thank you for your concern and prayers. I hope to see you all soon.”

“I want to get out again doing what I’m called to do,” he said. “It’s important as Christians for us to be reminded that God’s in control of our lives. I don’t know why He allows me to get it but I got it. And I know He will get me through it as He has always been faithful to me in the past.

Laurie has been a minister since the age of 19. I first heard him preach at a Calvary Chapel tent meeting in the early 1970s in Costa Mesa, California.

He went on to found Harvest Christian Fellowship. With a congregation of more than 15,000, it is the eighth largest church in the United States and the third largest in California.

In 1990, Greg started holding large-scale public evangelistic events called Harvest Crusades at Anaheim Stadium. Since that time, more than 7.9 million people have participated in the events in person or online around the U.S.

It was canceled this year for the first time in 31 years because of COVID-19.

Instead, the event was reimagined as a film titled, “A Rush of Hope” that was streamed on harvest.org, Facebook, Twitter, Roku and Apple TV channels.

Let me know what you think. Please email me at Craig@ElectionForum.org.

3 Comments on “Pastor Greg Laurie: Every Christian Should Know What He Said About His Coronavirus”