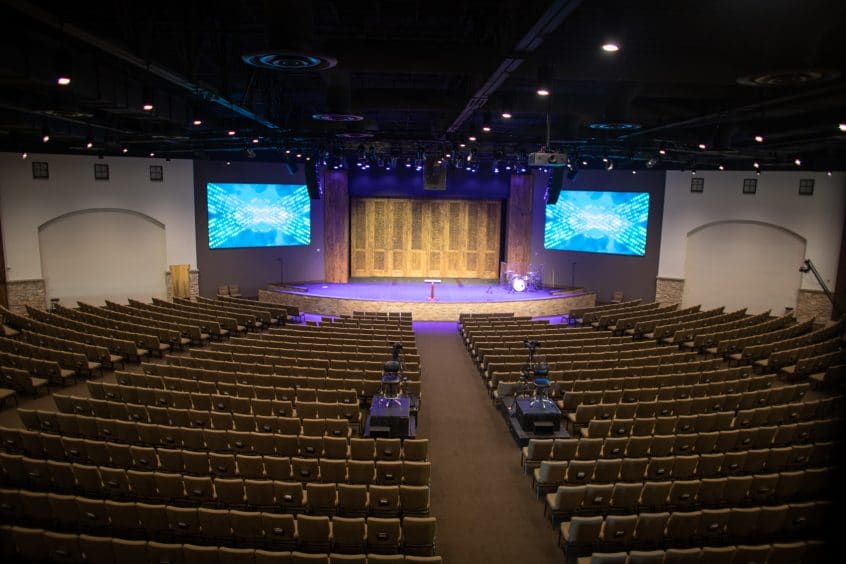 It was illegal, but my wife and I went to church anyway.

Would we be arrested?

Would we be fined?

Would we be intimidated?

These were a few of the concerns as we went to Calvary Chapel Chino Hills Church service.

We also went to a live service in Tennessee about 4 weeks ago.

But, in some states, including California, this church service would not be legal.

Sadly, the service was illegal, as declared by the governor of California imposing limits on church reopening.

None of the churches or attendees experienced harassment or interference by police or bureaucrats.

Masks were optional…and, less than 5% [of those attending] wore masks.

The people had choices:  online, in the car, on the patio, in the grass, and large classrooms, along with the main sanctuary.

It was an awesome time of worship, time in the Word, and a powerful call of repentance and accepting Christ as your personal savior…and hundred’s came to salvation.

Pastor Jack provided leadership and example for pastors nationwide to do what is right and just- for the church to be a church.

Jack wants no credit, but I ask for prayer as his biggest critics were pastors afraid to stand firm but wanting to bow to the easy road of allowing the government to interfere with God’s Word.

The politicians and bureaucrats view the church as irrelevant at best, or, a political obstacle at worst.

Businesses by government coercion were declared essential or non-essential.

But the church is not ordained by government.  It transcends government and regulation/control by man.  That is why the first amendment to the constitution was put in place by the founding fathers to protect people of faith from government interference.

Christ opened the door for the church over 2000 years ago, and it is not closing until Christ comes back.

Pastor Jack pointed out that some come to church as a habit, not a love for Jesus.  That habit has been broken and they will not return.

He was putting Christ and obedience to God above obeying man – Acts 5:29

For a full discussion of this see my article, Should Christians and Pastors Obey or Disobey Unfair Laws (Romans 13  and Shutting Down Churches).

The large banner hanging in the church read, Better is one day in your courts than a thousand elsewhere – Psalm 84:10

I am glad to have come to this historic service.

If your church has not opened yet, it is time.

What do you think?  Email me Craig@ElectionForum.org.

10 Comments on “I Illegally Went to Church on Sunday: 7 Things Every Christian Should Know”