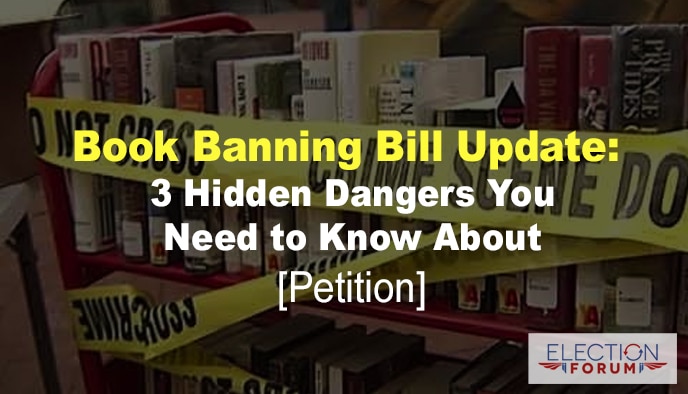 The California State Assembly has passed a bill that makes “advertising, offering to engage in, or engaging in sexual orientation change efforts with an individual” a fraudulent business practice – subject to fines and penalties.

The meaning of “sexual orientation change efforts” is defined as:

“any practices that seek to change an individual’s sexual orientation. This includes efforts to change behaviors or gender expressions, or to eliminate or reduce sexual or romantic attractions or feelings toward individuals of the same sex.”

In last week’s issue of Reality Alert, we explained 7 important facts you need to know about the long-term purposes and consequences of this legislation: https://www.electionforum.org/church/ban-the-bible/

Here are 3 additional hidden dangers of the bill that make it imperative it not pass the State Senate and become state law:

Hidden Danger #1. The author of the bill claims it does not violate First Amendment rights.

Assemblyman Evan Low – the author of the bill – posted the following message on Twitter:

“A church or individual may still practice conversion therapy if they do so without charging for this fraudulent service. It does not ban Bibles nor does it ban the basic sales of books as some would have you believe.”

It’s always a red flag when the author of legislation – or its supporters – state what the proposed legislation will not do.

Because legislation always has unintended consequences … and no legislator can promise or accurately predict what those consequences will or will not be – especially after the legislation is adjudicated in the courts … which will most certainly be the fate of this bill.

Hidden Danger #2. AB 2943 will end up being interpreted by the California courts.

California judges are among the most liberal, left-leaning judges in the nation…

And … there is no religious exemption in the bill.

No one knows how any judge will rule when a lawsuit is brought charging discrimination … or violation of an existing consumer protection law.

One pastor said on a radio program, “People hate what the Bible teaches. That is absolutely in my opinion where all this is going – towards the Bible and ultimately towards the pulpits that preach the Bible.”

Hidden Danger #3. Once a single judge rules against a Christian ministry for violating AB 2943, a precedent will be established that will dictate all future rulings.

The losses of religious liberty and freedom of speech will be gradual and incremental … they will increase over time until:

“The faith community, like anyone else, needs to evolve with the times,” Assemblyman Al Muratsuchi said during debate on the bill. “The science is clear. The claim that the First Amendment can be used as a defense for promoting fraudulent conduct is a fallacious argument.”

The bill is currently in committee in the California State Senate.

It will probably come up for a vote sometime this month … so the time for protest is short.

Please sign our petition to stop this bill from becoming law. If it becomes law in California, it will spread to other states as well: https://www.electionforum.org/petition-help-save-christian-therapy-books-and-schools-in-california/

Here’s the link again for the article on AB 2943 from last week: https://www.electionforum.org/church/ban-the-bible/