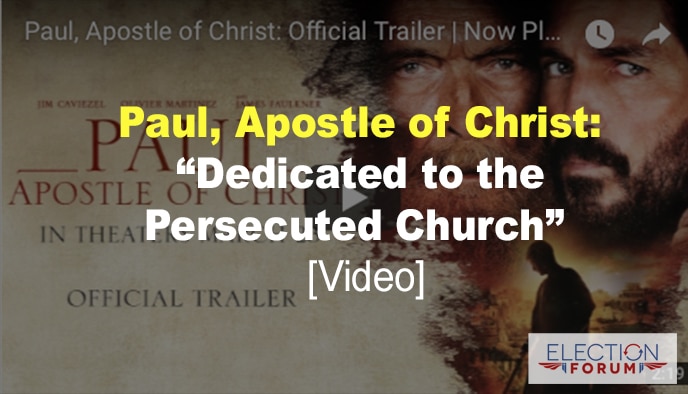 At the end of the movie, Paul: Apostle of Christ, that striking statement helped put into context a story about:

The Roman emperors tortured and killed Christians in a variety of ways:

The persecution of first century Christians is depicted very powerfully in the movie … I encourage everyone to see it.

In some ways the movie moves slowly, but the content is so profound … you’d probably need to see it two or three times to take it all in…

“Where sin abounds, grace abounds more…”
~ Paul, in the movie (paraphrase of Romans 5:20)

Let me know what you think…

Watch the official trailer for Paul: Apostle of Christ here:

2 Comments on “Paul: Apostle of Christ: “Dedicated to the Persecuted Church” [Video]”