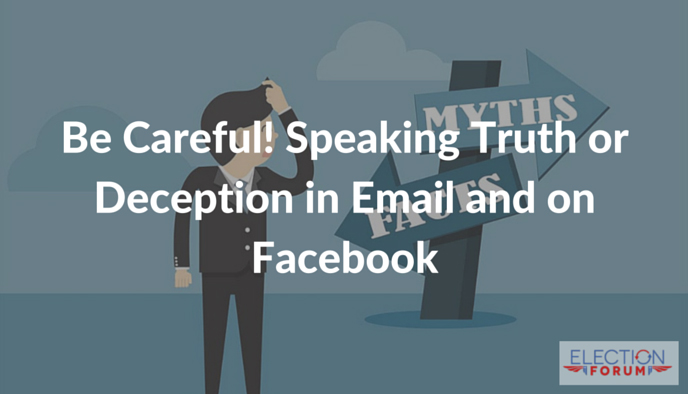 The old-style of news media—TV, radio, and press—has been rapidly replaced by up-to-the-minute reports on the Internet, email, Facebook, and other social media.

Sometimes, the stories are fake or distorted, and now more than ever Christians need to be careful about what they read—and post—on social media.

Here are some disturbing examples of lies and deceit which spread on the Internet. Donald Trump once claimed that Ted Cruz’ father Rafael was involved with Lee Harvey Oswald, the man who would later assassinate President John F. Kennedy. The reports turned out to be false, but many forwarded the falsehood.

A more recent rumor suggested that Hillary Clinton interrupted the FBI’s investigations into Orlando shooter Omar Mateen. Clinton stopped working as Secretary of State in January 2013, but the FBI began investigating Mateen in May of that year. It was false, but many forwarded it without checking.

Always check the sources and corroborate the information you find online at TruthOrFiction.com

Let me know what you think? How do you deal with suspect stories on the Internet? Email me at craig@electionforum.org.

3 Comments on “Be Careful! Speaking Truth or Deception in Email and on Facebook”