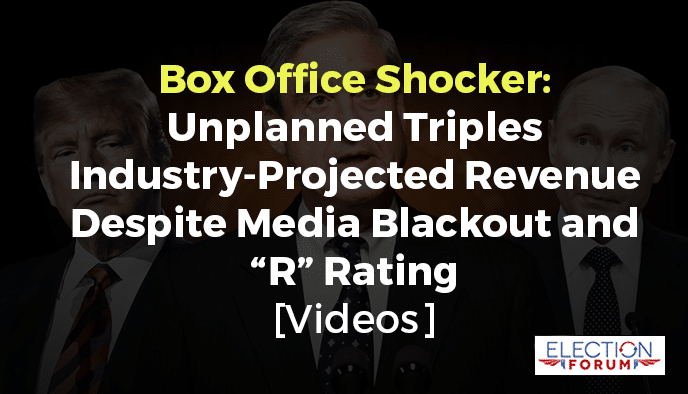 It was unfairly given an “R” rating due to:

It was subjected to a widespread paid advertising blackout on mainstream – and even some faith-based – media outlets.

Yet despite the negative publicity – and even a temporary Twitter ban – the true story Unplanned received a rare A+ CinemaScore for its opening weekend … and garnered 5th place in box-office revenue.

You must see this movie. It will open your eyes to what goes on behind the scenes at abortion clinics across America … and behind Planned Parenthood closed-door meetings…

Be sure to bring your tissues…

Listen to this incredible and powerful song and music video Matthew West prepared for the movie (3 ½ minutes). Listen as he sings,

“As long as my God holds the world in His hands,
I know that there’s no such thing as unplanned…”

Watch Tucker Carlson interviewing Abby Johnson, the former abortion clinic manager whose story is the subject of the movie (a little over 6 ½ minutes).

And watch this emotional interview with Ashley Bratcher, the actress who plays Abby Johnson in the movie. She reveals an incredible secret about herself she wasn’t even aware of when she agreed to do the film (5 minutes).