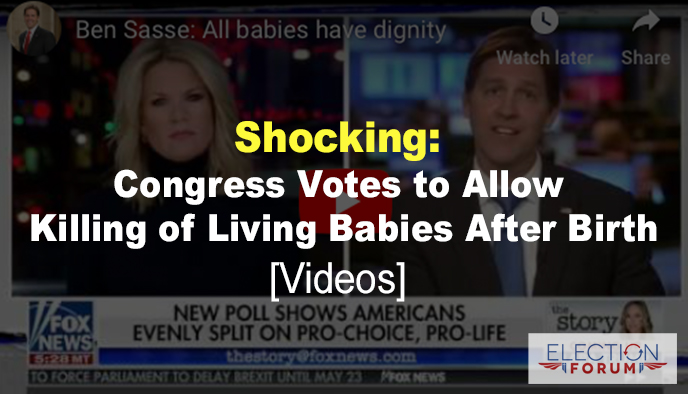 Its one of the most shocking votes in the history of Congress.

These are newborn babies who are outside the womb and viable.

The Born-Alive Abortion Survivors Protection Act needed 60 votes out of 100.

The Act, if passed, would have required health care practitioners, following a botched abortion that results in the live birth of an infant, to exercise the same degree of professional skill and care to protect the newborn as would be offered to any other child born alive at the same gestational age.

The bill did nothing to limit abortion. All the bill would have done was make sure those born alive wouldn’t be killed.

The Democrats voted no – including 7 presidential candidates:

“This is about the most simple thing you can say, which is that a baby is a baby, and they have dignity and worth,” Sasse said. “And it’s not because they’re powerful. It’s because they’re babies. Today is a sad day in the United States Senate.”

The reason Senator Sasse introduced this bill is because Virginia Governor Ralph Northam (D) endorsed infanticide saying a born alive baby would be made to “feel comfortable,” but could then be killed if the parents intended their baby to be aborted.

Watch this 6-minute video of Ben Sasse, the author of the bill, discussing its defeat with Fox News host Martha MacCallum.