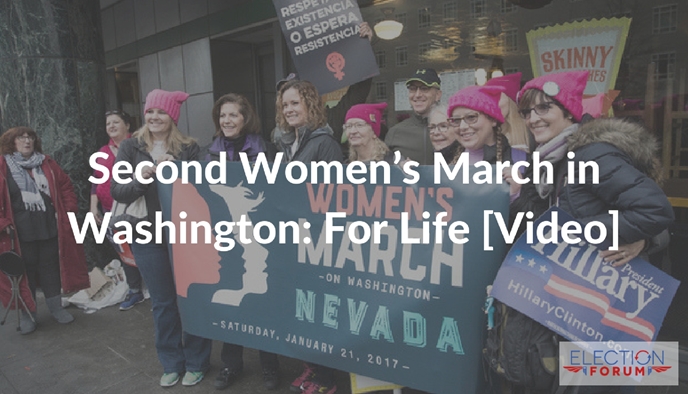 The last 12 years have seen an expansion of pro-abortion policies.

But now, with the Trump Administration, there is renewed hope for the Pro-Life Movement.

On Friday, hundreds of thousands gathered in Washington DC for the 44th March for Life.

The #MarchForLife is so important. To all of you marching — you have my full support!

What’s more, this March for Life featured a Vice-President speaking at the event for the first time!

The crowds this year rivaled the March for Life parade in 2016. AS terrible blizzard discouraged many from attending. In 2017 600,000 people attended.

Donald Trump also faulted the media for spending more time cover the Women’s Marches across the country, which promoted abortion, transgenderism, and vulgar phrases, but ignored the March for Life.

In fact, the Women’s Marches received 129 times more coverage than the pro-life demonstrations!

In my newsletter for Christians (Reality Alert), I listed the latest executive actions and legislative effort s to save the unborn and stop forcing taxpayers to pay for abortions that violate their conscience and religious beliefs. See article here.

3 Comments on “Second Women’s March in Washington: For Life [Video]”