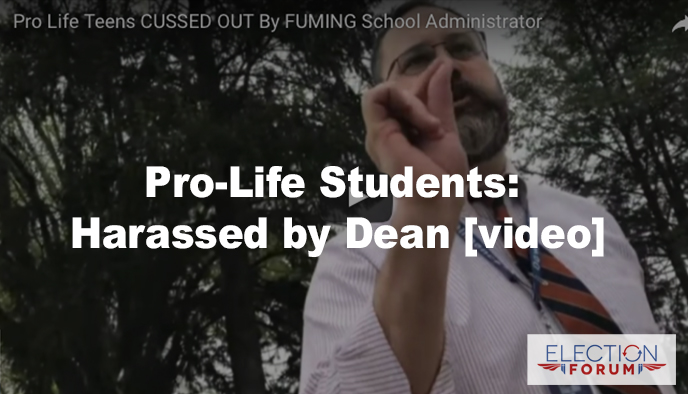 Incidentally, the Dean, Dr. Zach Ruff, on administrative leave pending a formal investigation by the school district. An online petition in support of Ruff has now garnered more than 41,000 signatures in favor of keeping Ruff on staff. Parents and community members also gathered Wednesday for a meeting with the schoolboard to discuss his fate. The majority of the people who attended showed their support.

“The way he acted was not appropriate for the audience,” Maisy Meyer, a student at the school, said. “But I believe that it was completely out of intention of protecting his students.”

Only three people during the meeting argued against Ruff, including Bob Byrne, a parent of a student at the school.