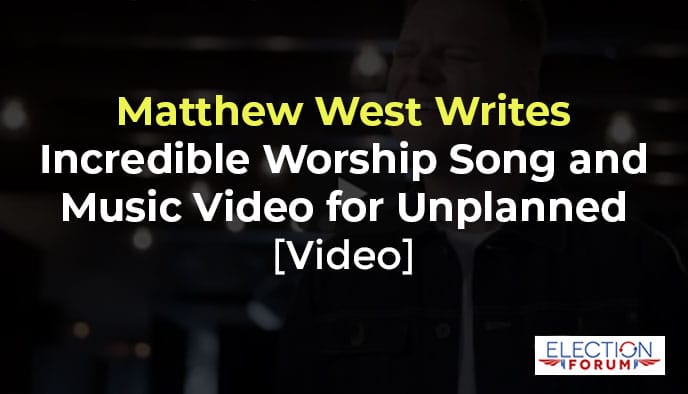 He was nominated for 5 Dove Awards in 2005 – 2 of which were for his debut album Happy. And he won the 2013 American Music Award for Best Contemporary Inspirational Artist.

But his 22-year music career has not been without challenges…

In 2002, he shoved his left hand and arm through a plate-glass window while trying to open it, nearly severing a major artery … which would have limited the use of his left hand and ended his guitar-playing career.

“I’m not going to candy coat it and say, ‘Life is hard but God is good,’ he said in a Christianity Today interview. “No, I was at the depths and my weakest moment.”

And in 2007, he nearly lost his singing voice when he developed polyps on his vocal cords … requiring delicate surgery to remove them.

Recently, Matthew West wrote an incredible and powerful song – and created a music video – for the movie Unplanned.

Listen to the song and watch the music video here (3 ½ minutes). Listen as he sings,

“As long as my God holds the world in His hands,
I know that there’s no such thing as unplanned…”