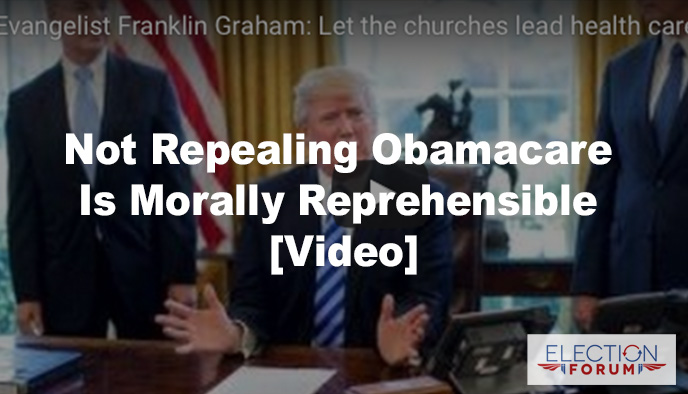 This is not only devastating to patients with pre-existing conditions, it is morally reprehensible.

We need a clean break from the disaster of Obamacare.

What else can we expect from politicians without a moral compass to guide them.

House Minority Leader Nancy Pelosi recently criticized Republicans’ efforts to defund Planned Parenthood in the Republican repeal and replace plan by saying “they dishonor the God who made us.”

It was Pelosi who, with a straight face, said “We have to pass (Obamacare) so we can see what’s in it.”

It’s twisted logic like that which gave us Obamacare in the first place.

Speaking out about the defunding effort, Pelosi is quoted as saying “I know my colleagues are people of faith. They tell us that all the time. So, this is God’s creation. We have a responsibility to it, to minister to the needs of God’s creation is an act of worship. To ignore those needs is to dishonor the God who made us.”

Abortion is murder and Planned Parenthood is an abortion mill. It’s an honor to God by defunding this group.

Do you think God sees the deaths of the innocent unborn as an act of worship?

Watch this powerful 2-minute video of the Rev. Franklin Graham on the church and healthcare, including the importance of the church in action.

5 Comments on “Not Repealing Obamacare Is Morally Reprehensible [Video]”