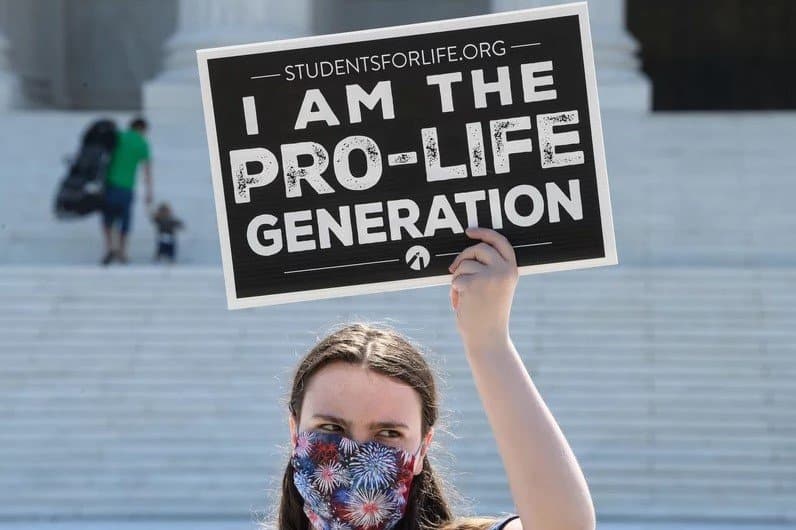 It’s disturbing but over 200 House Democrats voted against condemning the 78 Pro-Life groups and 108 churches that have suffered attacks that have occurred since the leak of the draft opinion indicating that the Supreme Court would overturn Roe v Wade.

The bill in the new House of Representatives passed 222 to 208, with only three Democrats supporting it.

Vandals have defaced or set on fire Pro-Life buildings and churches with threats of violence such as, “if abortions aren’t safe, neither are you.”

The FBI has not arrested anyone in connection with these incidents. But dozens Pro-Life and Christian leaders have been arrested by the FBI.

The FBI/DOJ Civil Rights Division charged 26 pro-life individuals in 2022 with violations of the FACE Act… a law being misused to attack pro-lifers by the government bureaucrats.

Associate DOJ Attorney General Vanita Gupta explained that the DOJ has been targeting pro-life activists through the FACE Act as a response to the overturn of Roe.

The Associate Attorney General described the overturn of Roe v Wade as “devastating blow to women throughout the country” that took away “the constitutional right to abortion” and increased “the urgency” of the DOJ’s work — including the “enforcement of the FACE Act, to ensure continued lawful access to reproductive services.”

This is the type of biased, ideologically driven bureaucrat that uses the force of government to destroy and silence its opponents and use the power of the state to help the ones it ideologically aligns with.