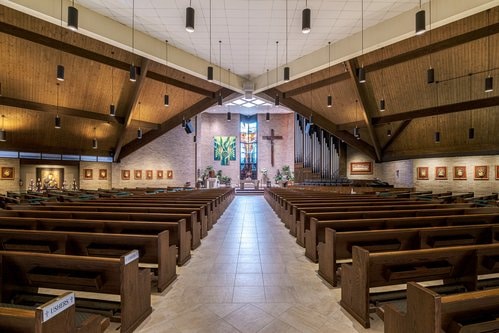 Attacks on churches have just escalated.

Because of the illegally leaked Supreme Court decision, radical groups are targeting churches this weekend and beyond.

Here are four things everyone should know:

Across America, churches are being targeted for protest on a Sunday.

Hundreds of groups have used social media to mobilize protests. Groups such as rise up for abortion rights, Ruth Sent Us, Brides March, Dominican Women Development Center, Las 17, and Action Network have called for mobilization and protest.

Churches already have been under attack across America with graffiti, vandalism and fire.

Now it’s going to be worse.

Already a church in Boulder, Colorado was spray-painted saying “Bans off our Bodies” and “My Body, My Choice” on the church.

#2. The protests are organized.

The protests have organized and trained people who know how to mobilize.

Some might do a dramatic “die-in” and lie down.

Abortions put on the Handmaid Tale cloths, so as to compare laws restricting abortion to the ritualized rape and forced motherhood in the novel by Margaret Atwood.

#3. The Catholic church is the most visible target.

All churches are targets of the protests, conservative Evangelical churches especially.

But the radicals are primarily targeting Catholic churches as their #1 enemy.

The church can pray.

Many of the protestors are looking for a fight and confirmation.

It helps with the media.

And they are mad. This could be violence if confronted.

And, of course, the church must be prepared and not caught off guard if there are protestors outside…or in.

Every Christian should have an understanding of what the Supreme Court is doing and what it is not.

The media and politicians are distorting the truth.

If you didn’t read our special report, “Supreme Court Abortion Bombshell Illegally Leaked – 6 Facts You Should Know As the Media and Politicians Go Ballistic” you can read it HERE.

Be sure to forward this to your contacts.

4 Comments on “Churches Under Assault: Will It Be Yours? 4 Things Everyone Should Know”