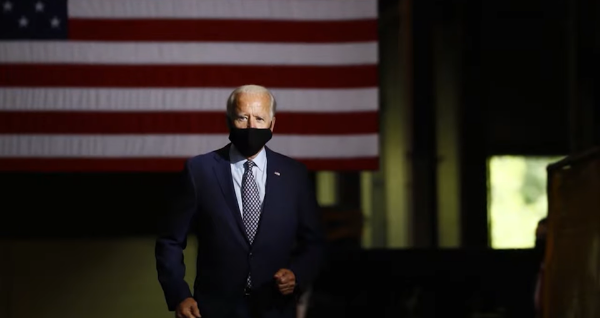 Joe Biden and the Democratic Party convention had a complete organized effort to reach out to protestants, evangelicals, Catholics, the black church, Muslims and more.

The goal: to convert a coalition of “faith” voters for Biden/Harris and other Democratic Candidates.

Here are four things you should know….

1. Joe Biden has hired a faith coordinator and they have millions of dollars to spend on outreach at churches, radio, TV, Digital ads, podcasts, pre-rolls, and ballot harvesting.

Organized and using the latest marketing skills, they realize that President Trump was able to get the Evangelical vote in the 2016 election and they were not. Trump got 81% of the evangelical vote.

They are organized this time. And well – funded.

Hillary Clinton had no desire to reach out to Evangelicals and Conservative Catholics. She ignored this voting segment of people.

Obama who ran before her had an entire large and well-funded division of his campaign who purposefully reached out to the evangelical vote and conservative Catholics.

Hillary Clinton refused to do that.

3. The Democratic Convention had a major faith outreach program.

Speaking at the convention from the “faith” community outreach of the Democrat Party Included:

· Bishop Mariann Budde, the Pastor of St. John’s historic church across from the White House. This was the church that rioters tried to burn down but President Trump sent Federal Law Enforcement to stop…and he held up a Bible in front of the church.

· Prayer and speeches were part of the convention. You can watch some of these prayers at the bottom of the article.

4. One of the organizers, Biden Faith Outreach, disclosed part of their campaign to evangelicals.

· Despite the fact that Biden wants to pursue policies to strengthen the Palestinians and to undermine Israel.

· Despite the fact that Biden/Harris is the most pro-abortion ticket ever and could reverse all the pro-life victories we have had.

· Despite the fact he will likely do nothing to support the persecuted church as President Trump has tried to do.

· Despite the fact he is for the closing down of churches and has a history of opposing any religious freedom.

· Despite the fact he will support anti-Christian Judges.

Despite these non-negotiable issues for Christian voters Biden wants evangelicals to vote based on a dislike for President Trump, not policy.

The leader for the Biden faith outreach to the evangelicals is Josh Dickson. He is the national faith engagement director and grew up in a conservative Republican household but changed and switched parties in his 20’s.

One of the organized efforts is called Believers for Biden. It is designed to let the voter know Biden is trying to reach out to the Evangelical Vote. They recognize many of the evangelicals voting for President Trump have never voted for the Democratic party in the past but they feel should do so in this 2020 election.

Part of this outreach effort is evangelical Democrat Socialist, Senator Chris Coons, who has been a friend to Joe Biden for 30 years in the US Senate. Said Coons, “I think you don’t know Joe as a man of faith, you don’t really know him.”

Joe Biden has long made it known he is a Catholic. Though some churches have denied him communion because of his abortion advocacy.

Regarding abortion, Dickson said, “we are a party in the campaign that doesn’t take this issue or any issue lightly. I think it is clear that Vice President Biden is pro-choice, I think it is also clear that he is someone who really has a wholistic approach to maternal health and to women’s health.

“It’s not that they have such a fundamental disagreement on the gospel value, they may have a real disagreement in actions the government should be taking.” Senator Coon said.

To Dickson, selection is not about abortion, but systematic differences. As Christians we should not be surprised at the undermining of trump support and the winning of evangelical and conservative Catholic votes.

5. Christians must look at Policy and never compromise on their non-negotiables.

That is why scripture is so clear as we pray about this election, we recognize that the body of Christ is not deceived.

As Israel, the persecuted church, religious liberty, abortion, and the supreme court are all non-negotiables in this election…