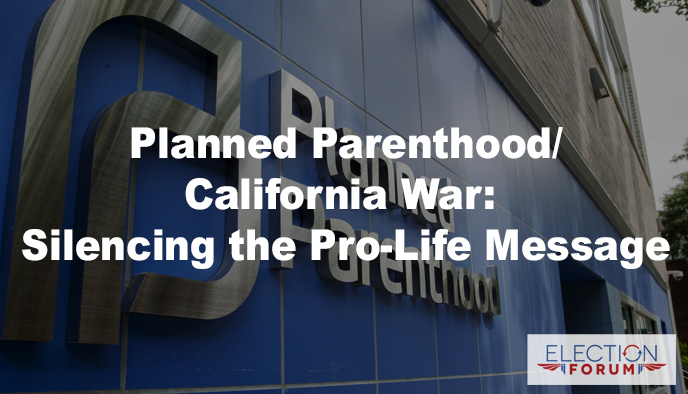 Now two criminal defense attorneys for Daleiden of the Center for Medical Progress were cited for civil contempt for having published video recordings of illegal and immoral abortion activity.

Daleiden is the video journalist whose undercover work exposed alleged profiteering from the sales of body parts of aborted babies by Planned Parenthood and its partners in the biomedical procurement industry.

The legislation criminalizes undercover journalists for publishing and distributing records of private communications with abortion providers.

The only difference between Daleiden’s conduct and that of other video journalists is that he recorded political backers of the state’s top prosecutors.

Both Becerra and Harris have received campaign funds from Planned Parenthood.

Harris, the current U.S. senator, received $39,855 from the Abortion Policy/Pro-Abortion Rights lobby group, according to OpenSecrets.org.

Harris also received $15,000 from Planned Parenthood for her attorney general campaign bids, according to ElectionTrack.com.

Planned Parenthood and Becerra are using untold government funds and top lawyers to silence the truth, unconstitutionally prohibiting the publication of 6 videos

There are 3 things you can do: