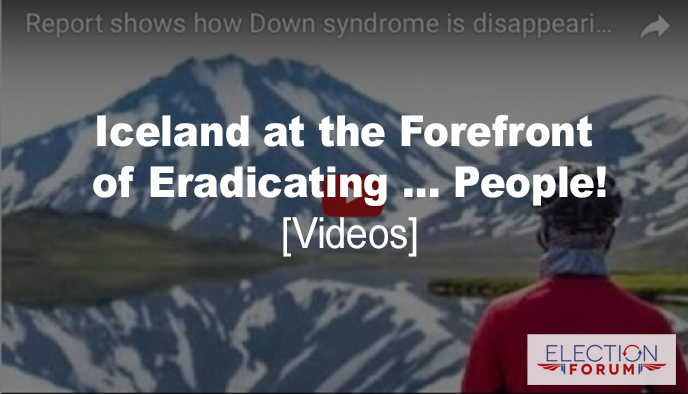 Iceland, normally a quiet, mind-its-own-business country, has been propelled into world headlines of late.

Seems they have a unique way of eliminating Down syndrome in their country.

Problem is, they do it through abortion.

And the testing is not foolproof.

About 85% of pregnant women in Iceland take a test that is 85% accurate in detecting Down syndrome in a fetus. If detected, the baby is aborted.

Down syndrome has disappeared in Iceland, due to a 100% abortion rate for mothers who discover they are carrying babies with a genetic disorder.

This is a troubling development that devalues the sanctity of life.

And it’s a slippery slope – are seniors with dementia next?

Oregon could be the next Iceland, as a new law orders all insurance companies to provide free abortions.

But there is an even bigger problem here: the lack of faith in God.

What gives life value is that we are created in the image of God.

In the last 20 years, the secularization of Iceland has pushed Iceland’s belief in God from 90% to 50%.

America is not far behind.

Every human being has value because they are created in the image of God.

And that is a fundamental value in our country.

One Comment on “Iceland at the Forefront of Eradicating … People! [Videos]”